Thursday November 16th, 2017Thursday November 16th, 2017
Singles Day 2017 has achieved a new record for the number of purchases via cashback websites of OrangeBuddies Media worldwide. On 11 November, the number of cashback purchases was nearly 3x higher than in 2016. The total order value of the purchases has also tripled and the average, this year, has increased to €11.32 per purchase. For OrangeBuddies, the Dutch market is in the lead on Singles Day, followed by fast growing markets like the Belgian, French and Italian markets. Ali Express remains the favourite online shop with cashback shoppers. This year, Singles Day resulted in an enormous increase in the number of cashback purchases for OrangeBuddies. With a growth of 285% in the number of purchases on 11 November, results have almost tripled compared to last year. With an increase of 340%, the total order value has also grown significantly. 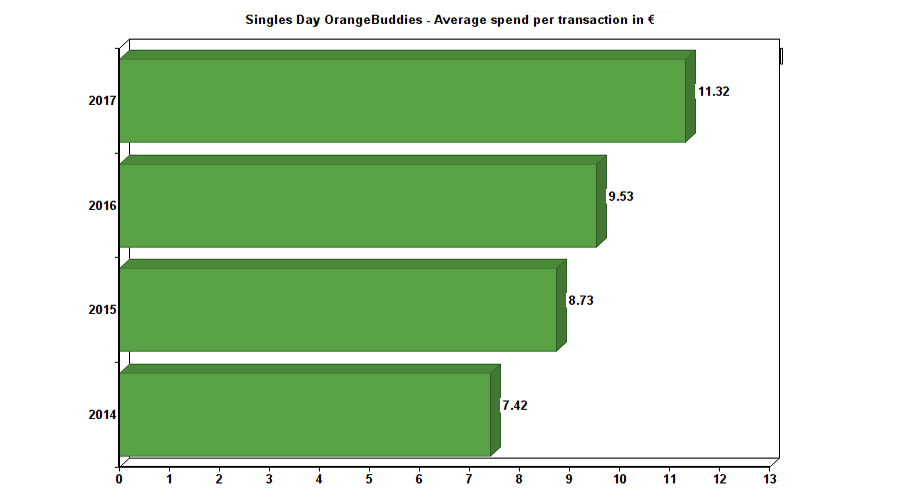 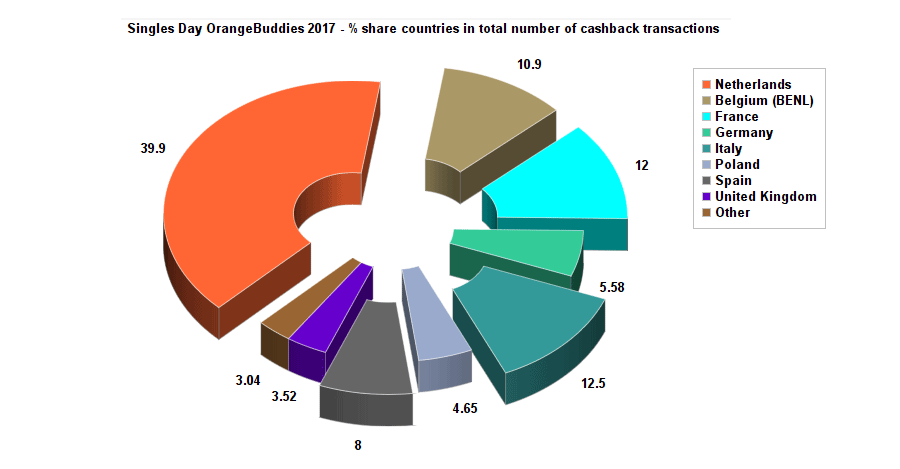 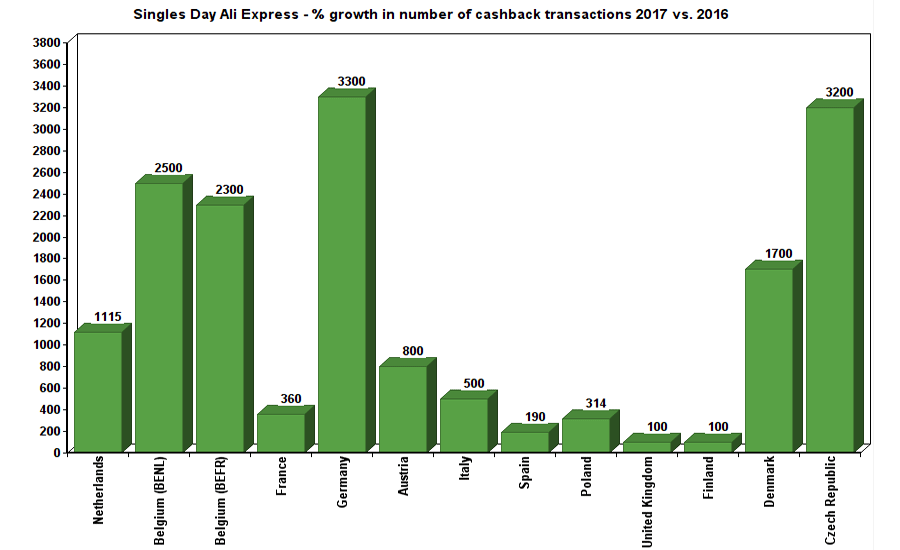